The Alfa Romeo Tipo P1, designed by Giuseppe Merosi was the first Grand Prix car build by Alfa Romeo in 1923. The car was fitted with a 2.0L straight-6 engine, which produced 95HP at 5000 rpm. With a calculated top speed of 180KM/H the would probably have competed at the top, however after the disastrous crash in 1923 Alfa Romeo withdraw the car.

Before the Alfa Romeo Tipo P1 was build, the company was already successful in motor racing. Alfa Romeo started motor racing almost immediately after it was founded in 1911. They made their first appearance during the Targa Florio of 1911, with drivers Franchini and Rozoni behind the wheel of the 24HP. It was the start of a very successful pre-war era for the Alfa Romeo racing team.

In 1923 the well-respected automobile engineer Guiseppe Merosi designed the Alfa Romeo Tipo P1, probably the design was completed in May 1923 I wasn’t able to find out the date, Alfa’s first Grand prix car. The car’s weight was 850KG and three chassis of the Alfa Romeo Tipo P1’s have been made by Alfa.

The Alfa Romeo Tipo P1 was shortly tested by Ugo Sivocci in late August 1923 at Monza, before the car would make its race debut on the 9th of September 1923 during the Italian Grand Prix (III Gran Premio d’Italia) held at Monza. Alfa Romeo arrived at the circuit with thee Alfa Romeo Tipo P1’s driven by Antonio Ascari (6), Ugo Sivocci (17) and Giuseppe Campari (12) the team’s setup looked promising. During the practice all changed for the Alfa Romeo Team. 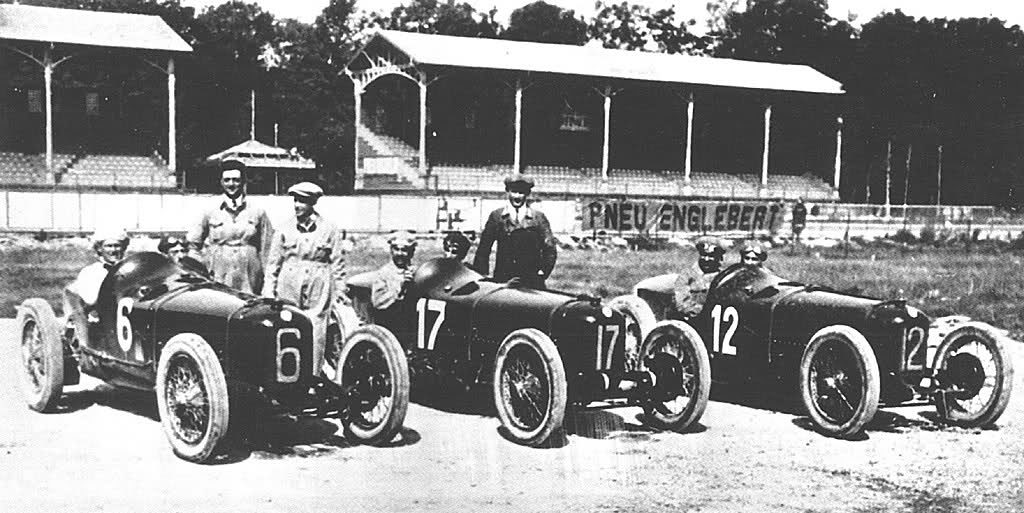 Unraced projects of the 1984 season

The unraced Austro-Daimler in memorial of Gregor Kuhn

03-07-2018
Almost a century ago, when the motorsport was dominated by wealthy gentlemen drivers and passionate drivers.  Who all shared the

Unraced Projects of the 1990 season

Pirelli to stay as supplier until 2023

Unraced projects of the 1976 season