In 1994 the Lola Cars International Ltd. came with their first sketches of their new Formula One car. They intended to enter the 1995 season with the Lola T95/30. The car was a couple of time tested by Allan McNish before the team was forced to let the plan to enter the Formula One in 1995 go.
How ever during that same period the media spoke also about the Lola T94/30, but what car is this ?

Basically the Lola T94/30 is the Lola T95/30, the media probably choose the announcement in the early stage of this development of the car.  The Lola Team started to work on the car during the 1994 season and ended with the development during the 1995 season. However the intention was not to enter the Formula One in 1994 but a year later.  These days there are many sites who still say that the Lola T94/30 is a Formula One car designed by Lola Cars International Ltd. But their is no such a car in existing.
There are also photo’s of the Lola T95/30 during a motor show in the colours of the Lola T97/30 this was to show the world how their new Formula One car would look like.

Below are two pictures of the Lola’s who are announced as the Lola T94/30 while they aren’t. 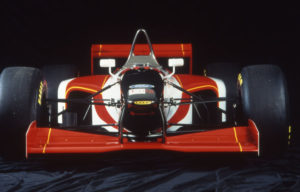 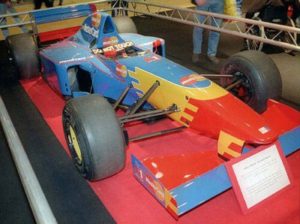 Give the third and test drivers their own event!

Formula One sold to Bernie Ecclestone Jr. and Sr.