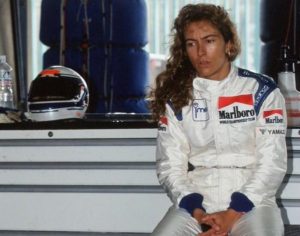 The rumours said that Cesare Fiorio , former sporting director of Ferrari and Minardi, would be the Technical Director of the team and the Forti F3000 team was involved as well. One of the drivers would have been Giovanna Amati, she already had Formula One experience. They even had a main sponsor suggested in the paddock it was Johnson & Johnson an. UnracedF1 contacted Cesare Fiorio him self, who lives in Milan, about this project and his role in it.   Regarding our email towards Cesare Fiorio we also tried to get contact with Giovanna Amati, sadly we didn’t get responce from her side. How ever we received quickly a email back from Cesare See below:

Hello,
In fact I never heard of this project either…
In any case I never have been involved in such a program
Best regards

Were small teams like Forti Corse really that bad?

The untold story of Reynard

The Sinclair Special from the Persuaders